Lamiaa Ali was the only identifiable Muslim in Pryor on 9/11.

“I was the only one who was wearing the scarf in the entire city,” said Ali, referring to the religious head covering that Muslim women wear.

And that meant, in a town that at the time had fewer than 9,000 people, she was a little afraid to venture out of the house after it was apparent that people who shared her faith were responsible for the attacks.

As it turns out, aside from some ugly stares by strangers at the grocery store and on the street, Ali and her family didn’t deal with much backlash personally.

“Since my husband was the only internist in Pryor, lots of people knew him, and we really had lots of support,” Ali said. Ali and her husband, both physicians, moved to the United States from Egypt when her husband was accepted into a residency program.

The consequences of 9/11 encouraged Muslims to share their faith and build bridges in their communities, and many Americans were receptive, Ali said.

But as time went on, the anti-Muslim sentiment has seemed to get stronger, rather than fade.

Muslims across the country, and especially in Oklahoma, have become concerned in recent months that the increase in hateful rhetoric can lead to violence against them. Islamophobia, a term that’s been used in recent years with the rise of anti-Muslim rhetoric, is on the rise.

This fall state Rep. John Bennett, R-Sallisaw, has been making anti-Muslim statements, including that Islam is “a cancer” that “needs to be cut out” of the U.S.

Ali — who now lives in Tulsa and is a pediatrician for OU Physicians and an assistant professor of pediatrics at the university’s medical school — said she worries about her kids’ futures.

“I’m afraid that they’re going to continue to be labeled and just be put on the spot just because of their name or their religious affiliation,” she said.

Recently, one of Ali’s two teenage sons was called a terrorist by a fellow Boy Scout member. “It kind of breaks your heart,” she said.

Ahmed Abdelmonem, a junior at the University of Tulsa who grew up in Oklahoma, hopes things will change. “My hope is that everyone sees Muslims just as they see anyone else,” he said. “That we’re all human beings, we all have the same values, the same concerns, the same fears. We all want the same thing. And we all want peace.”

In recent months, an uptick in anti-Muslim incidents has been reported. 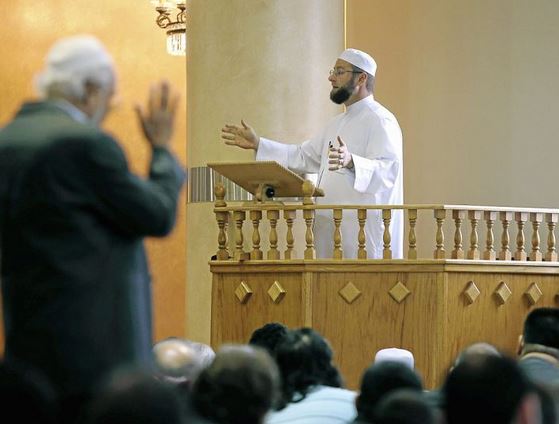 A woman who wears a hijab — the head covering — said she is being harassed in Okmulgee. At least two Oklahoma City Muslims have reported receiving death threats. A couple of women have had cars follow them with the drivers telling them to “go home.”

University of Tulsa officials say two incidents regarding Muslim students were reported to them in September, one on campus and one off campus, in which women said their headscarves were pulled off.

Bennett has said he does not think his words will incite others to violence, but many Muslims don’t agree.

“Who are you kidding? I know the language; I’ve seen it before,” said Adib Salim, 70, an African-American who grew up in the Jim Crow era and the civil rights movement.

Salim, a longtime Tulsan who converted to Islam more than 40 years ago, said there are people who will take Bennett’s words literally.

Salim, who worked for the Oklahoma State Department of Health for 30 years before retiring, said Bennett is feeding off anti-Muslim sentiment for political gain.

“That’s the air that people are breathing, and he’s fanning the flames,” said Shakir, 68.

Shakir said African-Americans, who are estimated to make up about 35 percent to 40 percent of the American Muslim community, have a different experience than other Muslims. They don’t run into as many religious confrontations because they look and sound American, in contrast to Muslims with Middle Eastern or Asian heritage.

Omer Akdeniz, who 15 years ago came to Tulsa and founded a branch of what’s now called the Dialogue Institute, said he feels like he’s going in a circle, talking about the same issues over and over.

“Instead of telling about who Muslims really are, we’re on the defense,” he said.

It’s also frustrating that “Muslims do not have a right to have crazy people,” Akdeniz said.

When the Moore beheading happened — which was deemed workplace violence by authorities — the public discourse automatically revolved around terrorism because the perpetrator was Muslim.

“I think if he was a Christian or some other religion, that was the first thing that we were going to look at — his medical records, his psychiatric records and all that,” Akdeniz said.

About a month after the Moore beheading, a man accused of attempting to behead a college student in Stillwater was described to authorities as a Christian “religious zealot.” Authorities said the suspect’s religious affiliation was not pertinent to the case, and there was talk of his “troubled childhood” and him being a “heavy drug user.” 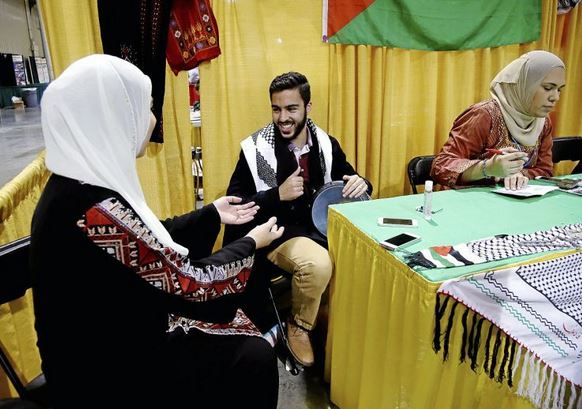 ​To help Americans better understand who Muslims are, the Dialogue Institute — which is run by Turkish-Americans and seeks to promote understanding and respect between people of different faiths and cultures — sponsors trips to Turkey.

Yusuf Dundar, the executive director of the Dialogue Institute-Tulsa, said the point of the trips is to introduce Americans and Muslims to each other.

“To let them know each other closely, that way they’re seeing the real people, they’re not seeing the people from TV,” he said.

John Ederer, the new religious leader at the Islamic Society of Tulsa, says it is personal relationships that will change negative perceptions of Islam.

Ederer, an Oklahoma native who converted to Islam in 1998 and who has since studied religion in depth at various Islamic institutions around the world, moved back to Tulsa to become the imam of the local mosque last week.

He said Islamophobic rhetoric is not unique to Oklahoma.

But Ederer said he has been able to build bridges with many people who originally voiced strong anti-Muslim sentiment. He and other Muslims, including Dundar with the Dialogue Institute and representatives of the Council on American-Islamic Relations, are issuing public invitations to Bennett for a chance to talk with him about Islam.

Muslims are dealing with the recent hate-infused rhetoric in different ways.

“People who I know would have no problem praying anywhere outside are now afraid, ‘If I pray, someone might attack me,’ ” he said.

Sheryl Siddiqui, a spokeswoman for the Islamic Council of Oklahoma — which represents mosques and Muslim organizations in the state — said that for most Muslims, it’s not so much fear as it is “a heightened awareness.”

Mosques, which have dealt with incidents of vandalism, are beefing up security, and their leaders are attending webinars on improving their emergency operations plans.

The anti-Muslim sentiment is also leading some to become more assertive.

“More and more (Muslims) have decided that they will no longer be bullied,” Siddiqui said.

Some of the most soft-spoken people in the Muslim community, especially women, who have “smiled politely all these decades” are now “politely but firmly answering back,” she said.

But there has also been support from members of the Oklahoma community. Interfaith groups have stood by the Muslim communities, and last week a group of Christians and Jews organized a “Support Muslims” event at the Islamic Society of Tulsa’s Al-Salam mosque.

Muslims say there are numerous challenges to dealing with anti-Muslim sentiment, not least of which is that it is a multimillion-dollar industry. According to reports from the Center for American Progress and CAIR, millions of dollars are being poured into groups whose primary mission is to promote prejudice against or hate of Islam.

Muslims do not have enough resources to effectively counter the consistent message that these groups are promoting, which Siddiqui says has “indoctrinated” Americans into believing the lie that Muslims and Islam are violent.

Most mosques and Islamic religious groups rely on volunteers — many of whom are not media savvy, some of whom are less eloquent in English, and several of whom may not have formal training in Islamic studies.

Another challenge, Muslims say, are media outlets that appear to leave out facts or skew coverage — whether intentionally or not — in a way that continues to feed America’s fear of Islam.

Akdeniz says, for example, while the vast majority of Muslims oppose the Islamic State group and condemn its actions, media outlets may give equal or greater airtime to a lone Muslim they find who expresses support for their actions, even though that opinion only represents a tiny minority.

This unfairly makes the public believe that both opinions hold equal weight within the Muslim communities, he said.

Akdeniz is hopeful that things will change with time, as second- and third-generation American Muslims become better integrated in society.

For Abdelmonem, 19, that integration is already happening. He’s grown up speaking the same language, using the same humor and taking in the same culture as other Americans.

Abdelmonem recognizes that he has a role to play in bridging the gap of understanding between Islam and America.

“Whether it’s by action or by words, the most important thing is that we spread the information about Islam, that it is a peaceful religion and that we just all want to live together and become better,” he said.