A covert national security programme allows the FBI and US immigration authorities the power to indefinitely delay immigration benefits to Muslims and those from Muslim countries, according to an investigation by the American Civil Liberties Union.

The previously unknown programme, which began in 2008 under George W Bush to identify those with links to terrorism, has continued under President Obama to blacklist law-abiding applicants and profile Muslims as “national security concerns”, according to the ACLU.

Migrants who have travelled through or lived in areas of known terrorist activity, wired money back to their families, attended a mosque of interest to the FBI or even given a voluntary interview to the agency, can be labelled “national security concerns”, the report, published on Wednesday, says. 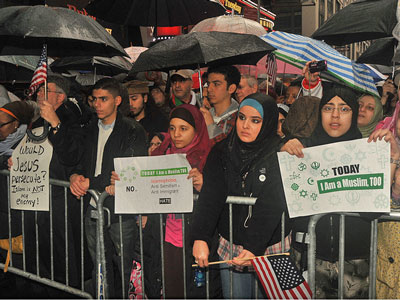 on “deeply flawed” mechanisms such as “over-broad watch-list systems” and religious, national origin and associational profiling.

“It not only catches far too many harmless applicants in its net, but it has overwhelmingly affected applicants who are Muslim or perceived to be Muslim”.

ACLU’s report said that the guidelines went beyond the criteria set up by Congress to determine eligibility for citizenship.

Pasquarella said that one of the most disturbing elements of the Controlled Application Review and Resolution Program, or Carrp, was that it appears to direct USCIS officers to “cede much of its authority” in such cases to federal law enforcement, in particular the FBI.

Under Carrp, when an individual is flagged as a national security concern, their application for citizenship, residency or other immigration benefit can be delayed for long periods in order for an investigation to be carried out, the report, titled Muslims Need Not Apply, suggests. The FBI or the USCIS can then extend the delays indefinitely, leaving the applicants in limbo.

“Ironically, while Carrp treats applicants as supposedly too dangerous to naturalise, they are simultaneously treated as too harmless to expeditiously investigate, arrest or deport,” the report says.

Pasquarella, who conducted interviews with dozens of migrants, and examined Carrp policy documents obtained through litigation and Freedom of Information requests, said the investigation “only scratches the surface” because it focuses on naturalisation cases. The programme also covers those who apply for visas, green cards and asylum.

Much remains unknown, Pasquarella said, such as the numbers of people subjected to delays or denials under Carrp, because the USCIS has yet to respond to requests for information. The ACLU has a pending lawsuit, field in June, against the USCIS seeking such details.

Chris Bentley, the press secretary of the US Citizenship and Immigration Services, denied accusations that the officers cede authority to the FBI. In a statement he said:

“The final decision about whether to grant or deny a petition or application is made exclusively by USCIS. In some cases, the background checks produce information that USCIS must review with its national security and law enforcement partners.”

Bentley said reviews were conducted “in compliance with immigration laws and with a steadfast commitment to maintaining the integrity of the immigration process.”

The ACLU began an investigation after it uncovered a “pattern of bogus denials and significant delays” for naturalisation among Muslim immigrants. This followed problems with the “FBI name-check” system introduced after 9/11, which held up thousands of immigration applications for citizenship and green cards. A series of class action lawsuits were launched in response to the delays and the government responded by clearing out backlogs.

But in 2008 and 2009, the ACLU began to notice a new series of administrative delays, prompting the investigation.

“It became clear that that there was a policy behind the pattern” Pasquarella said.

The report suggests the FBI has used the Carrp rules to pressurise immigrants into becoming informants and cites cases of people who have been refused applications when they declined.

It cites the case of Hassan Razmara, an Iranian national and green card holder who applied for 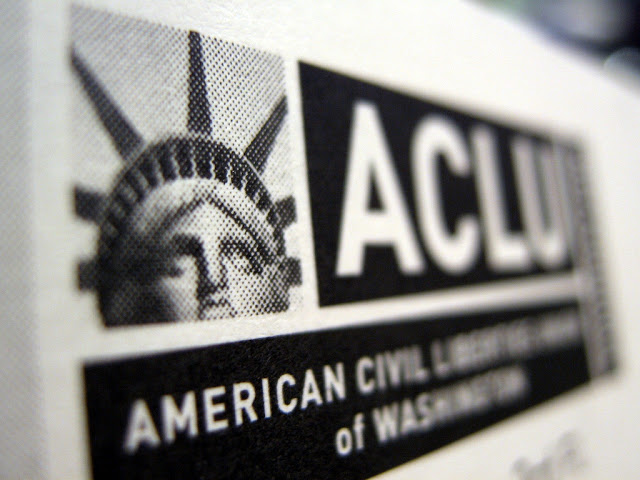 citizenship in 2007. Razmana attended an Iranian mosque in West Covina, California, which was surveilled by the FBI. In 2008, the mosque’s imam was convicted of fraud, filing false tax returns and violating the US economic embargo against Iran. In early 2009, after passing the naturalisation exam, Razmana attended his second interview, to find an FBI agent present, who asked questions about the mosque and the imam.

Soon afterwards, the agent called him and told him he would expedite his naturalisation case if he would be an informant for the agency. He declined. Four years later, his application for citizenship – which should take six months – is still pending because of “additional background checks’.

Among other criteria used by USCIS to identify immigrants who present “national security concerns'” are those who give lawful donations to several large Muslim American charities, even if the donations were made before any accusations that the organisations were linked to terrorist organisations and if their names are included in an FBI file related to a a security investigation, even if they were not the subject.

Also included, according to the report, are the names which appear on the terrorist watch list, which the ACLU describes as a “faulty, over-inclusive” system containing over a million names of individuals, including US residents, who are not informed they are included nor given an opportunity to dispute their inclusion. Nelson Mandela’s name was only removed from the watch list in July 2008, after Bush signed a bill to remove him.