Tensions have increased this year between Islam, the fastest-growing religion on the planet, now embraced by a quarter of mankind, and Oklahoma’s largely Christian population.

The rise of the violently anti-Christian Islamic State in Iraq and Syria, anti-Muslim forums around the state by an Oklahoma lawmaker and a beheading in Moore all have contributed to what some Tulsa Muslims say is the worst environment they have faced.

A Sooner Poll conducted last month shows that a majority of Oklahomans have a negative impression of Islam, and a Pew poll in September shows 50 percent of Americans believe Islam is more likely than other religions to inspire violence, a sharp increase since February, when 38 percent thought so.

“We didn’t feel threatened this much after 9/11,” said Omer Akdeniz, a Turkish Muslim businessman in Broken Arrow who has been in the United States for 15 years.

“We called our members (of the Turkish community) and told them not to go out unless they really needed to, especially the ladies,” who he said are more identifiable because of their head covering.

“This is a cancer that needs to be cut out,” he said at the meeting.

Bennett is not the only public voice in Oklahoma condemning Islam.

The Rev. Paul Blair, pastor of the independent Fairview Baptist Church in Edmond, hosted an Oct. 13 panel titled “The Tragedy in Moore: A Religion of Peace?”

Blair said he held the panel in response to the beheading of 54-year-old Colleen Hufford on Sept. 25 at Vaughan Foods in Moore. The accused killer is an ex-convict and recent convert to Islam who had been fired from his job at Vaughan Foods.

“We saw an out-and-out jihadist execute an Oklahoma grandmother, crying out Arabic phrases as he was beheading this woman,” a form of execution Blair said was more linked to Islamic culture than to American culture.

Blair and Bennett have joined their voices with a group of national speakers and writers who for years have been talking about the dangers of radical Islam. Local Muslims say that group has contributed to what they see as a rising anti-Muslim sentiment in the United States.

They teach that Islam has a goal of establishing a global Islamic caliphate with Shariah law, and that the rise of the Islamic State in Iraq and Syria (often called ISIS or ISIL), as well as efforts to expand the faith through peaceful social means, are all driven by that goal. 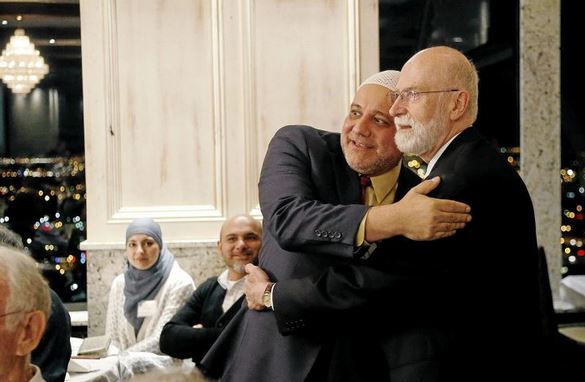 Imam Imad Enchassi of the Islamic Society of Greater Oklahoma said the charge that Muslims want Shariah law in the United States is absurd.

“American Muslims are ecstatically happy with our Constitution and our Bill of Rights,” he said.

Enchassi also said he rejected Blair’s assertion that wherever Islam is dominant, there is no freedom of religion.

“There are regimes out there that persecute not only Christians, but also other Muslims as well — ISIS for example,” he said.

“People need to distinguish between what Islam teaches and what some Muslims practice,” he said.

“Convert or die is a Crusades statement, not an Islamic statement.”

“There is nothing (in Islam) about taking over the world,” he said, calling it a misconception derived from “cherry picking” Islamic writings.

Ederer, who lived for a year in Egypt, said a 2013 Pew poll that showed a majority of Egyptians favor the death penalty for people who leave Islam was “ridiculous.”

“The vast majority of Egyptians don’t think like that,” he said.

Much of the criticism of Islam has come from conservatives and evangelical Christians, who were more likely in polls to link Islam with violence.

John Swails, director of the Center for Israel and Middle East Studies at Oral Roberts University, said he considers radical Islam a threat to the United States, both externally and internally.

“And I said radical Islam, not Islam,” said Swails, who spent years in the Middle East.

Does Swails believe radical Islam has a goal of global domination?

“Their intention is to take over, and they’re very open about it,” he said.

Swails said many Muslims are moderate but that unless those moderates take a stronger stand, “we’re going to see more of that trend toward radicalization.”

Swails said he generally agrees with Bennett about the dangers of radical Islam and doesn’t believe Bennett and others are fomenting fear of Muslims.

“I think that’s a complete fabrication,” Swails said, calling the allegation an attempt to silence those issuing the warnings and to prevent the spread of facts.

Akdeniz said radicals use Bennett’s statements to convince Muslims that the West hates them. 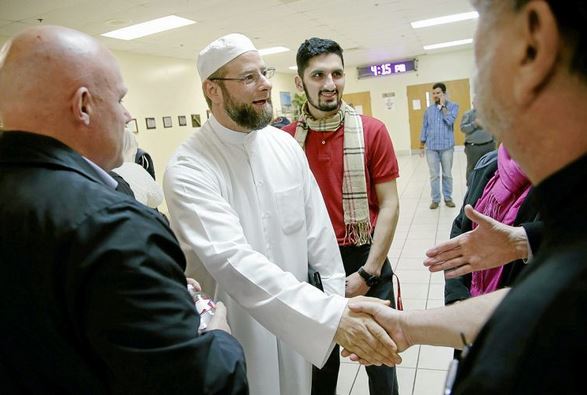 The clearest voice in defense of Oklahoma Muslims has come from liberal church leaders and the interfaith community.

Tulsa Metropolitan Ministry and the Oklahoma Center for Community and Justice have condemned Bennett’s statements.

“What he is saying is so extreme, so erroneous and unsubstantiated,” he said.

“Islamic people are not a threat.”

He said because of the history of anti-Semitism, Jews are “very sensitive” about the persecution of minorities.

“So when the state representative (John Bennett) wants to single out Muslims, the hair on the back of our necks begins to stand up.”

Charles Kimball, an ordained Baptist minister and director of the Religious Studies Program at the University of Oklahoma, said he knows dozens of Muslims, many of them professional people, “who absolutely love the United States and love Oklahoma.”

People who have a lot of fear of Islam, based on what they’ve seen on television or heard from pulpits or pundits, tend to have no problem with the Muslims they know and deal with in their daily life, said Kimball, who has made 40 trips to the Middle East and lived there for one year.

Another problem, he said, is that people misunderstand the diversity of Islam.

“Some people in the Middle East today, in Pakistan and elsewhere, are advocating for a vision of an Islamic state that is Talibanesque — very, very rigid and very violent. That is an interpretation, but it’s not the interpretation.

“A great many other Muslims believe in representation and the democratic process, and in negotiating their way forward. … They don’t get the headlines.”

The Rev. Deron Spoo, pastor of First Baptist Church in downtown Tulsa, said that from a theological standpoint, he disagrees with people who say Christians and Muslims worship the same God.

“But from a practical standpoint,” he said, “Christians have no right to throw stones. Muslims have their jihad, we have the Crusades in our background. Any religion can get too radical.”

He said he has been sobered by reports of violence against Christians in the Middle East, citing the cover story of a recent Christianity Today, a leading evangelical publication, under the headline: “On the Edge of Extinction.”

People on both sides of the issue offer the same solution: education. 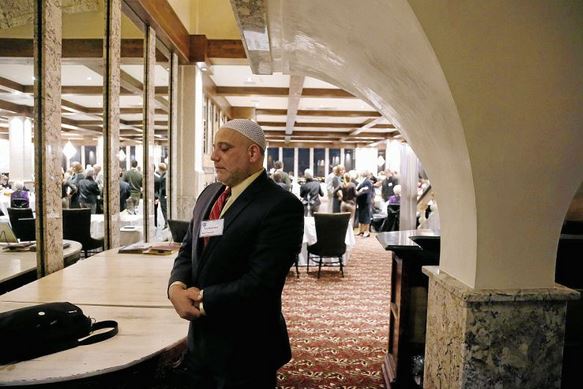 William Tabbernee, executive director of the Oklahoma Conference of Churches, said some are not embracing Muslims because of “ignorance, or misunderstanding, or lack of contact between the two groups.”

“Once people get to know a Muslim face to face, some of the fears and stereotypes seem to disappear.

“The way to overcome fear is through education and contact.”

Blair said: “The first thing is, we can’t be blind. We can’t be so politically correct that we refuse to look at what the honest facts are.”

Swails agreed. “We have to wake up to the fact that there are people out there who mean us ill,” he said.

Spoo said that during the Crusades, St. Francis met with Muslim leaders in hopes of converting them.

“I wonder if St. Francis didn’t provide a prototype?” he said.

“We need to stop the hate speech. Stoking the fires of hate is not going to accomplish anything,” he said.